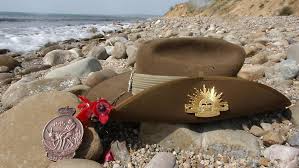 Graham sat on the back verandah that brisk April morning. His weary eyes stared into the distance at the rising of the sun, unfocused. Inside, his wife and little girl slept, while half a kilometre away, the masses stood as the “Last Post” bellowed from a bugle. Graham’s hand rose into a salute as he sat upright.

The last note echoed across the countryside. Graham made a silent prayer to his compatriots, the members of the Australian and New Zealand Army Corps.

It had been ten long years now, but to the rest of the world, it was near a century since the Gallipoli campaign had begun.

He sat and looked at the bus parked in his driveway. It said “St Mary’s Catholic School” in bold maroon letters across the side. He’d driven it now for 9 years, and he still marvelled at it. The world changed so much since 1915. He couldn‘t believe how people had changed too.

Graham charged into the tunnel, blood splatters across arms and face ashen from the explosion that took the last of his company. For the first time in days, desertion crossed his mind, but he pushed the weakness aside just as fast as the idea came to him.

The tunnel shook, and Graham ran in deeper until he saw no light from either end. He dropped and let the moment consume him for more minutes than he cared to admit.

A bright light brought him back from his shock. A shadow covered the most blinding section. Graham raised his weapon and jumped to his feet.

Graham blinked at him and lowered his weapon. He didn’t sound German.

The old man cleared his throat and continued. “This portal behind me. It’s your ticket to freedom. Into the future. A future you will never see otherwise.”

“Science, magic, I don’t rightly know. It’s a two-way gate. You live and settle in the future, I stay here.”

“Why would anyone want to stay here?”

“My father is here,” the old man said with a tightness in his throat. “I always wanted to know him but he died before I was born. I spent my life trying to find a way, and this was the best I could muster.”

“Okay then, humor me. Why should I?” Graham asked.

“Because in a hundred years, they will forget that freedom comes at a price,” the shadow answered.

Graham looked at the blood on his arms with disbelief. How could anyone forget this?

“I’ll do it,” he said surprised at the words coming from his lips.

“Good,” the old man coughed. “I have much to say. We only have a few minutes before the portal closes.”

Graham swallowed back a tear. While so many still showed respect on Anzac Day every year, he had noticed that the girls and boys on his bus showed little interest, spending most of the rides watching you-tube or Insta-something on their portable phones.

“Daddy?” a little voice called from the back door.

“Why are you up so early?” she asked as she jumped into his lap.

“Of course, darling,” he said with a smile.

They sat quiet for a moment.

He smiled as an idea came to mind.

“Sure, love. And after that, can you show Daddy how to make one of the you tube things?”

A year later, he had finally completed the promise he had made in that cave. The kids of his bus route begged him to take them and their families to a dawn service.

He accepted with a glad smile.

At 11, I was well aware that our little trips to Hastings were lame. This was my one joy in the world, though, so I tried not to care (too much).

We piled out of the minivan together, our army of five, and entered the store in a semi-single file.

Once the doors closed behind us, all semblance of order disappeared. Brother and sister walked to the movie or music section. Mom looked for the cookbook area, but Dad and I hovered at the entrance for a few moments, torn between which sections to take. Some days he’d go straight for the fantasy book department, sometimes the movies, and sometimes the music. I didn’t always follow him, but my tastes matched his.

As I walked towards the familiar call of dragons and sword fighters, Dad’s head jerked up towards the speakers. “Mamma Mia, Mamma Mia,” an odd falsetto voice bellowed. His eyes grew wide and his lips spread out into a smile. He walked straight to the CD racks, and I followed with curiosity.

I’d never listened to the song before, but Dad went straight for the Q section of the CD racks. I wondered if Queen sang the song. We owned their Greatest Hits Vol 2. I’d worn out the tape long ago, and the CD replacement was a frequent fixture in our 5CD turntable. I asked Dad once if there was a Volume 1, and he had said with sadness it never wasn’t available at Hastings.

I tried to make out the words and the song, but Dad’s grumbles were all I could hear.

He stomped over to the counter and asked pointing up into thin air, “Where can I find this song?”

His remaining hand looked ready to pull the clerk across the counter by the collar of his unkempt shirt.

“Dude. It’s just the soundtrack to Wayne’s World,” he said with a roll of his eyes that said “Can you believe this guy? Damn old people!”

Dad walked away, defeated. “I really wanted you to listen to Bohemian Rhapsody,” he said patting my head. “I just know you’d love it.”

We walked out of the store empty-handed in mild defeat. Wayne’s World was no longer in theatres, and it would be months before it came out on video.

Dad turned on the radio with a sigh and drove the Loop, a highway which circled the whole city in under 15 minutes. After his second lap, the radio announcer mentioned, “Never played on KBUS, Bohemian Rhapsody, back on the charts thanks to a new movie coming out this year. Enjoy.”

And enjoy we did!

I’m watching and writing about the Top 100 Movies of All-Time this year, based on multiple film publication lists. You can read more about how I came to rank and place the films on the list at my introduction post here.

The Shawshank Redemption came out in the mid-90s to very little fanfare. While it was nominated for awards and high on most critic lists, it made very little at the cinema. It became a cult classic in the years following its release, and it’s no great surprise to see it on this list. It seems that from a user rating point-of-view, the rankings are the greatest for it, which is why it landed so high on this Top 100 list.

I have to admit that my first time seeing Shawshank was only a year ago. I can’t even say why, for sure, except that some movies really require your undivided attention, and I always assumed that it was one of those movies. I had seen The Green Mile at the theatre when it came out, and I couldn’t imagine a better pairing of author and director (Stephen King and Frank Darabont, respectively). I knew Shawshank was the same, but I feared that it would never live up to my expectations. I was right, in the end. While I liked Shawshank after my first viewing, I still think Mile is superior.

The movie opens with Andy Dufresne on trial for the murder of his wife and her lover. Cutscenes show him pulling out a gun from his glovebox, holding a bottle of alcohol, and tears streaming down his face. There is little evidence from the start that he did not murder his wife, aside from a testimony laced with frustration. Andy is a quiet man. His emotionless face gives away nothing, and he takes his prison sentence with a stoicism that leaves the audience uncertain of his innocence. The film is beautiful in its unfolding of the court to the bus transport to the prison itself.

Narration follows these scenes, with Morgan Freeman in his first gig doing voice over work. His soothing voice explains prison life, the first night for new inmates, and introduces the groups.

Prison life is cruel. From cigarette bets to villainous guards to rapists, this prison is a walking cliche. In the standard style of Stephen King, there are clear villains. There is little ambiguity about how the guards relish in their abuse of the prisoners. In the first night, one of the guards beats a new inmate to the point of death. When he is sent to the infirmary, he dies waiting for the doctor.

There seems little hope in this life, though, and we watch Andy through a series of montages. He fights, is beaten, and raped for what seems to be years. Somehow, though, he shows he still holds onto hope, despite Red’s insistence that hope is dangerous. He tells a great truth about how prisoners become institutionalized. That soon you come to depend on the walls of the prison, and when that is taken away, you realize life has left you behind.

The strength of the film is in the other stories it tells, but this last point is the real soul of the movie. When Brooks, a fellow inmate, is sent to the world, he enters a time and place that looks nothing like it did when he left it. He admits in a letter that he had seen one automobile before. Now the streets are filled with them. People are in a real hurry. His letter is read by the actor as we walk through a day in the life of Brooks. The bus ride he takes from the prison has him facing off-center from the camera while the other passengers look out the windows. This perspective is symbolic of his detachment from life. The divide grows as the scenes progress, until the very end when we see Brooks stand atop a table, scratch his name into the wood frame and kicks the table from under him.

Andy and Red’s friendship grows through the film, and it is the gem of the movie. Their interactions, with Red’s natural realism and Andy’s romanticism bring a great balance in the story. You believe these men are near inseparable. But it’s often clear that while he goes through the motions of his day-to-day life, Andy might be holding some secrets. As much as Red knows him, he doesn’t know whether Andy is guilty or innocent until he learns it with the rest of the group, and he certainly doesn’t have any idea about Andy’s future plans.

Shawshank is a beautiful movie, and the central themes of hope and friendship are universal. It is a timeless classic, and it certainly belongs to be on the top 100 movies of all time.