It’s so close now! I mean, when I first started this challenge it was 15 days, and now I effectively only have 5 more days of posts before it starts! Na..nano….nanowrimo! Woo! haha I don’t sound overly excited, I hope. 😉

Today’s prompt explores the themes of my book. My young mystics have a lot ahead of them and behind them, as well, with their family histories taking centre stage as well.

Which brings me to the main theme

No. Not the game – though I do play it and plan on playing it tonight before bed. A theme of destiny generally shows that the characters are forced on a path due to a plot device. In a way, I’m bending the rules of destiny. Up until now it seems the girls have been placed in a path of fate, but they shape it from this point forward.

For Shannon, she is told she is destined by two competing forces. Her ancestry is one, and that of those she holds dear in her present. For Amanda, she is part of a long line of mystics with a horrible curse on them. She is destined to share the same curse.

These destinies drive them forward, but Shannon & Amanda are not going to let it dictate their futures. 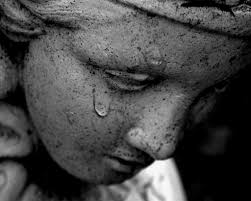 Shannon lost her mother at birth, while Amanda lost her father before she was even born. Lydia lost her parents, husband, and son. And that’s just before the book even starts. Neither Shannon or Amanda know what it’s like to have that parent in their lives, so they deal with the loss in a different way to Lydia. Lydia can be seen as cold or unfeeling, because she simply developed a tough outer layer. 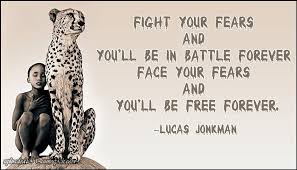 Shannon and Amanda both have a lot to fear in their story. Sometimes fear is just manifested from the unknown, and a lot of that happens for them. The world they are suddenly thrust into is an unknown. But further to that, is that fear that they have unwittingly unleashed a dark force onto the world and must battle something with the capacity to take those they love. This fear drives the girls, and it is their capacity to deal with this fear that will inherently determine if they can succeed or fail.

These are the main themes of my book, and I would be loathe to add any others as these are all three themes that could drive just a single book each. My poor main characters. They have no idea what is in-store for them. Although, I guess that means I have no idea what’s in store either, since they will drive the story more than I ever will. 😉

Melony R Boseley is a short and large fiction writer. She's a Texas girl through and through, but in 2006, she migrated to Australia and now resides in a town outside of Brisbane, QLD. She is a participant in NYC Midnight, Yeah Write, & NaNoWriMo. View all posts by d3athlily